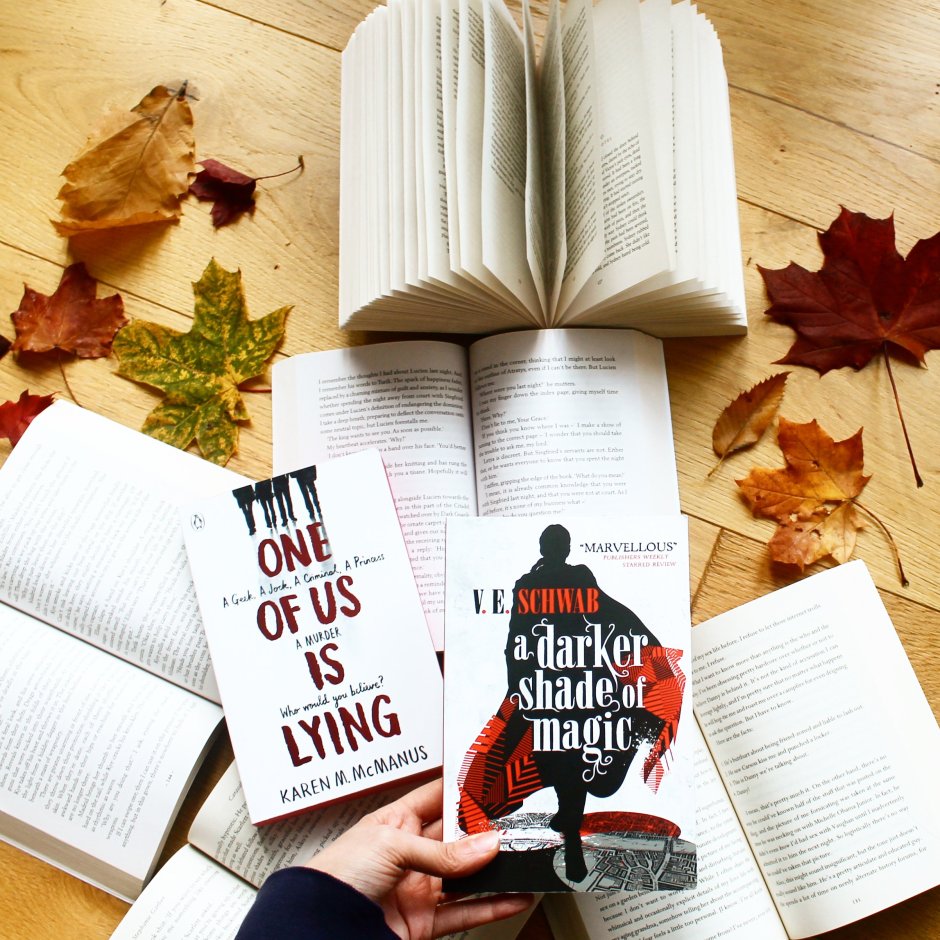 I don’t know what made me read this novel long into the night, curled up with it unexpectedly after work, sucked in so completely. Mystery isn’t my genre of choice, the characters were sold on their cliché traits and the simple writing style is very different to the long, beautiful prose I favour. But somehow, this simple almost trashy teen drama of a mystery had me hooked in a way I never expected.

Simon Kelleher’s gossip app is notorious. Never wrong, always cruel and often life destroying it’s creator is hated throughout Bayview High. But when the next four teenagers to be featured on the app wind up uncoincidently in detention with Simon, and leave distraught with his body on the floor, it’s obvious somebody killed him. A series of siniater Tumblr posts and a quick forensic investigation later and the suspicion of murder is confirmed. This just leaves the question of who did it, and why. Which of the four damaging secrets about to be released, bound to ruin the suspects lives, was dangerous enough to need to be hidden at such a high cost. When nobody steps forward as guilty the investigation is quick is take its toll, every decision and choice the suspects ever made coming into scrutiny, the Bayview High gossip mill as alive as ever.

Things’ll get worse before they get better.

The cliché teen stereotypes that form the basis of One of Us is Lying came to life under McManus’s careful hand. As the four narrators intimately take the reader through their personal lives, guiding the plot around the sinister events of the novel providing their individual, compelling and occasionally shocking monologues, the reader forms a gregarious and unreliable bond. Each chapter is narrated personally yet the reader is constantly left suspicious of each protagonist, looking for clues of a twisted personality that would murder a fellow high school student. As the investigation continues it becomes clear that Simon’s death not only effects each of the individuals situations but also shapes their characters during such a pivotal point in their young lives. This development felt fleshed out and artfully written as the social pressures of being a young student on the cusp of adulthood is explored throughout the novel.

Addy begins the novel with no future other than to be her boyfriend’s wife. Dependent on Jake for her every decision, from what she wears to who she sees, urged on by a mother who projects an irrational fear of loneliness onto two young daughters, Addy’s life is constantly controlled. But with the help of the sister she never really befriended Addy begins to slowly take her life back, slotting in a personality she forced herself to keep hidden for so long. As she takes back her independence the reader follows her with equal parts relief and admiration for the kind, funny, loyal personality that slowly emerges after what can only be the most traumatic event of her life. Bronwyn, meanwhile, was always in control. Set on going to Yale and desperate to follow in her parent’s daunting footsteps she takes every opportunity to be front of the class, joining every club and volunteering for any committee. But when she suddenly comes under investigation for murder she begins to wonder if their are more important aspects to life than just good grades as the shocking mystery slowly helps Bronwyn appreciate values she’d always taken for granted: trust, loyalty and friendships.

Cooper, a handsome baseball star, is perfect in the eyes of Bayview High. Kind and generous, with a bright future and likable personality he has never featured on Simon’s gossip app. But when he’s hiding himself from everyone, even his own family, he fears the investigation will force him to take a step he doesn’t think he’s ready for and knows his family isn’t ready either. Nate, the final protagonist, looks the most guilty. Abandoned by two useless parents, struggling to pay bills and a step away from prison due to drug dealing, a job he can’t afford to give up even under such close police scrutiny, Nate is the most precariously placed of the four. Unable to afford an expensive lawyer and an obvious scapegoat for the others Simon’s murder could ruin his life. McManus addresses the complicated issues of class that flaw our legal system as Nate wavers close to a life behind bars in this compelling storyline. But as dark events lead to unlikely friendships Nate slowly learns to find the trust his parents robbed him off when they let him down, his character slowly shifting throughout the story.

The relationships portrayed in One of Us is Lying are complex and important. Realistic, honest and pronounced Macnus makes red flags a priority, striving to show healthy and strong partnerships, both same sex and not, that grow and develop each character. Most importantly she uses an unpopular but crucial trope: pointing out that it is ok to be single, proving not every character needs love to be happy and prioritising the importance of good friendships and reliable siblings. One of Us is Lying promotes these important values as each protagonist learns and grows, developing and flourishing as they are continuingly surprised by the well developed and complex array of personalities that surround this tale. Relationships remain at the heart of this novel as McManus subtely develops the friendship between the ‘murder four’, expertly weaves complex and defining romance subplots, and centres on the composite relationships between parents, their children and their siblings.

I know what it’s like to tell yourself a lie so often that it becomes the truth.

Similarly to popular novel, An Inspector Calls, One of Us is Lying calls on its readers to consider their impact on those around them, no matter how insignificant their actions may appear. As each character considers their motives throughout the novel complex themes of guilt and responsibility are explored. It begins to dawn on each protagonist the snowball effect even the slightest action can have on those around them. This profound realisation is projected onto the reader as they follow the twisted events of this case, exploring the motives and meanings behind each event. Slowly each character shows remorse in their own way, growing from the traumatic experience and developing through these personal reflections and revelations.

One of Us is Lying holds a complicated and mysterious plot. With narrators the reader is continuingly trying to judge, following complex and unexpected turns in a sinister plot, the reader is dragged into Bayview High at its worse. The focus on the four protagonists as they navigate teenage adolescence with a murder charge hanging over their heads holds a strong and gripping storyline interwoven artfully throughout the tale. The premise behind the plot could have felt stale, the app feeling akin to the popular TV show Gossip Girl, even down to the snarky tone of its creator. However the murder mystery aspect was new to the YA genre and the plot felt authentic. With unexpected events continuely cropping up and the mysterious undertones of a murder mystery ever present the reader is gripped from the very first word.

I guess we’re almost friends now, or as friendly as you can get when you’re not one hundred percent sure the other person isn’t framing you for murder.

The pacing, similarly, is well done. With the on going murder investigation the pacing never lags, new evidence often coming to life as the relentless Bayview High gossip mill persists despite Simon’s death. With dark undertones following each protagonist, the reader constantly guessing who is capable of murder as they read each potentially unreliable narrative, the novel is gripping and compelling from its beginning.

The setting for this novel was not just Bayview High, the scene of the murder and the school each protagonist attends. The novel centres on our leads home lives, describing Addy’s toxic household, Nate’s run down, unlocked building, Cooper’s modest family home and Bronwyn expensive mansion, complete with a home cinema. These settings reflect both the characters wealth but also their complicated upbringings, bringing to the reader’s attention the struggles that persist equally in families of all classes.

The writing style of One of Us is Lying is uncomplicated and engaging. Easily digestible and accessibly written the descriptions are brief and simple, the authors focus on content not describing the surroundings. This almost trashy feel makes the story easy to fall into and gripping to read, each chapter encompassing a wealth of facts and feelings while never overloading the reader or presenting dense prose. This unusal and simple style works well, the entire targeted perfectly at what can be assumed is it’s teenage audience.

The target audience for this novel would be older teens, in the last few years of school, although it’s lessons are important for any reader. The characters are a year away from university during the events of the novel and the target audience would most likely be in a similar demographic. Their are darker themes in the novel: murder, trauma and suicide, although nothing is gruesomely detailed. It is most definitely a mystery and never strays into the horror genre.

One of Us is Lying is a gripping YA novel, centering on four complex protagonists and portraying important and underrepresented themes in its demographic. With a captivating plot and enchanting characters it is a quick and entertaining read.

5 thoughts on “One of Us is Lying”