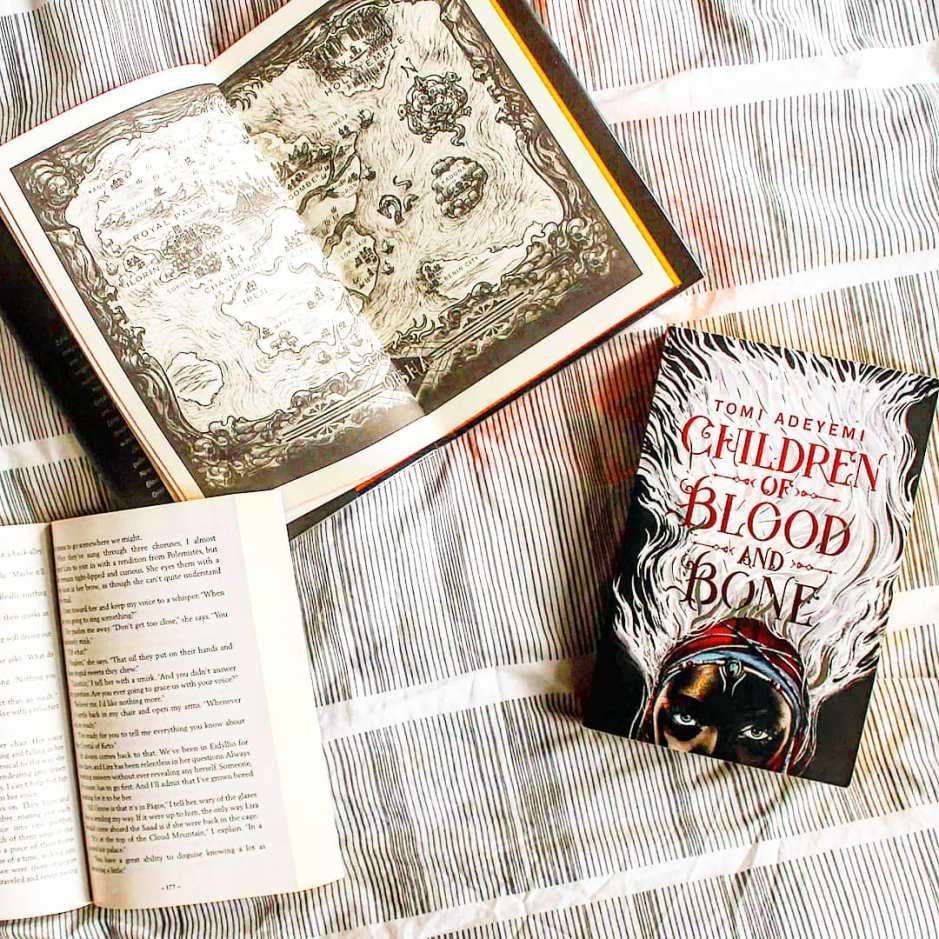 Children of Blood and Bone presented a creative world and shocking ending that left readers desperate for its sequel. With three complex protagonist the reader can never truly understand and a war that will seemingly never end Children of Virtue and Vengeance is a phenomenal fantasy sequel that plucks a readers interest it’s very start.

With the king’s death the monarchy is destroyed. Orisha is without a leader and it is in this moment that Amari plans to state her birthright and ascend to the throne, promising a rein of peace and prosperity for all those in the kingdom, elevating the status of both the maji and those born without magic. But the magic giving ritual failed, a third of non maji have powerful, unbelievable magic that outmatches any power that’s come before and a new leader rises with power neither Zelie or Amari have seen before. With the new monarchy executing and imprisoning any maji they can, destroying whole villages regardless of the cost, Orisha is in more danger than ever while Amari’s claim to the throne is met with increasing hostility and distrust from both sides. When the rebel maji select Zelie as their leader Amari knows it’s her best chance to defeat the monarchy but neither Zelie nor Amari know what lengths they will have to go to destroy this new power.

“All we had were lies and broken promises. Dreams we could never achieve.”

Amari’s character arc in Children of Blood and Bone showed a desperate princess become a rebel warrior, her bravery slowly developing as she grew in strength throughout the novel. In Children of Virtue and Vengeance Adeyemi presents an Amari who knows her strength and is determined to use it to elevate the status of the maji in society. Her character develops throughout the novel as she struggles against the hatred of her comrades and the anger from those loyal to the crown, considered a traitor by both sides and unable to gain the approval of either. This puts her in a desperate situation as she struggles to take the throne and it is this plight that leads to the desperate actions she presents later in the novel. Amari’s initial desire for peace makes her character arc all the more shocking, the dramatic changes she undertakes revealing she is more like her monstrous family than she would care to admit.

Zelie opens Children of Virtue and Vengeance lost. Struggling with the death of her father and the backlash of bringing magic back she is scrambling to grasp what her goals really should be and if she can bear to stay in Orisha when the land holds so many memories of death for her. Zelie’s character remains this way throughout the novel, always on the brink of wanting war, peace or to flee, only wanting what’s best for her but struggling with the needs of Orisha and the maji. Zelie’s chapters present more anger than Amaris, her will guided by a desire for vengeance, her need for peace second to her want to destroy. As her magic slowly develops so does her love and trust for the other Reapers as she learns to lead her clan and the importance of her role in her community, making the events of the novel all the more harrowing for this already broken warrior.

The plot of Children of Virtue and Vengeance is told from two sides as the war rages through Orisha. As the war appears evenly matched suspense is artfully woven throughout the novel as the reader dreads what surely will be a dramatic and damaging conclusion. The plot could get tiresome at times, however, as the reader was taken through a complex series of events, the novel often feeling like it’s drawing to a close only to find it’s building up to another large attack. The characters desperation is similarly reflected through this story as their plans and ideas become increasingly rushed. Adeyemi dots small revelations throughout the novel that the characters are quick to seize and take for their own gains, conjuring a sense of suspense amongst the desperation already prevalent.

The first person perspective draws the reader in, allowing them to connect with each narrator intimately while keeping certain traits hard to discern, giving an added sense of mystery. As the characters slowly discover the truth about themselves and their abilities so does the reader, further helping them understand their narrative. The writing style is artfully crafted with descriptions of lush forests and forgotten magic, although this sequel shifts focus away from the descriptions of Orisha that were so enchanting in Children of Blood and Bone, favouring details about the characters and the events. The writing is action filled, each scene conjuring a multitude of events with little focus on the past, romance or any particular monologues from our leads. The fast pacing and complex plot leaves little thought for reflection as the fight for the throne of Orisha becomes increasingly desperate.

The world, too, is largely built from the previous novel making the war all the more shocking as it takes a toll on the landscape. The stark differences in Lagos and the palace add gravitas to the situation while return to locations like the temple felt all the more important for their new role in the fight. The maji headquarters, towers located in picturesque hills covered in forest, presented a new and exciting setting as well as becoming pivotal battle ground for the events of the novel. Adeyemi continues to grow on foundations laid in the previous novel as the reader steps further into Orishas land and history developing a rich tapestry of a world for our protagonist to fight for.

The pacing of Children of Virtue and Vengeance was unusual, rather than building up to a dramatic conclusion the reader is presented with several battles and climaxes throughout the novel. This makes the novel feel tiresome and unending at times although the resounding sense that these individual occurrences are building up to something bigger keeps the plot intact and the reader hooked. Although the jarring pacing was an issue overall the novel is fast paced and captivating, the lapse between each battle not dragging as our determined protagonist instantly turn their thoughts to a counter attack. This choppy style and fast pace draws readers in and keeps them interested.

Romance takes a step back in this novel as our characters struggle with their own personalities and goals. Their is little development between Tzain and Amari in Children of Virtue and Vengeance, Tzain’s character stepping away from a leading role once again. Zelie, meanwhile, never allows herself to dissect her feelings for Inan nor can the reader truly understand if she will move on. The war being the focus throughout the novel is not inherently an issue and it makes sense that love take a step back for our fragile protagonists.

Similarly Tzain and Zelie’s sibling relationship is touched upon but it rarely features. Amari, meanwhile, struggles to know if she can truly not trust her family. The knowledge of their hatred for her distresses her throughout the novel. The final relationship the novel features is that of friendship, most commonly shown through Zelie and Amari. The war takes it toll on these two as Zelie continues to see Amari as an enemy while Amari demonstrates she will let nothing stop her from getting to throne, not even her love for Zelie. It was difficult to understand these two as they grow further apart, the bonds tenuously born in Children of Blood and Bone being cruelly snapped as these complex protagonists struggled with their own aims.

Children of Virtue and Vengeance is a fast paced fantasy sequel that shows an impossible war, two desperate sides and the lengths they will go to win the throne. With high stakes from the start this sequel can never dissapoint.